The Function of Insulin 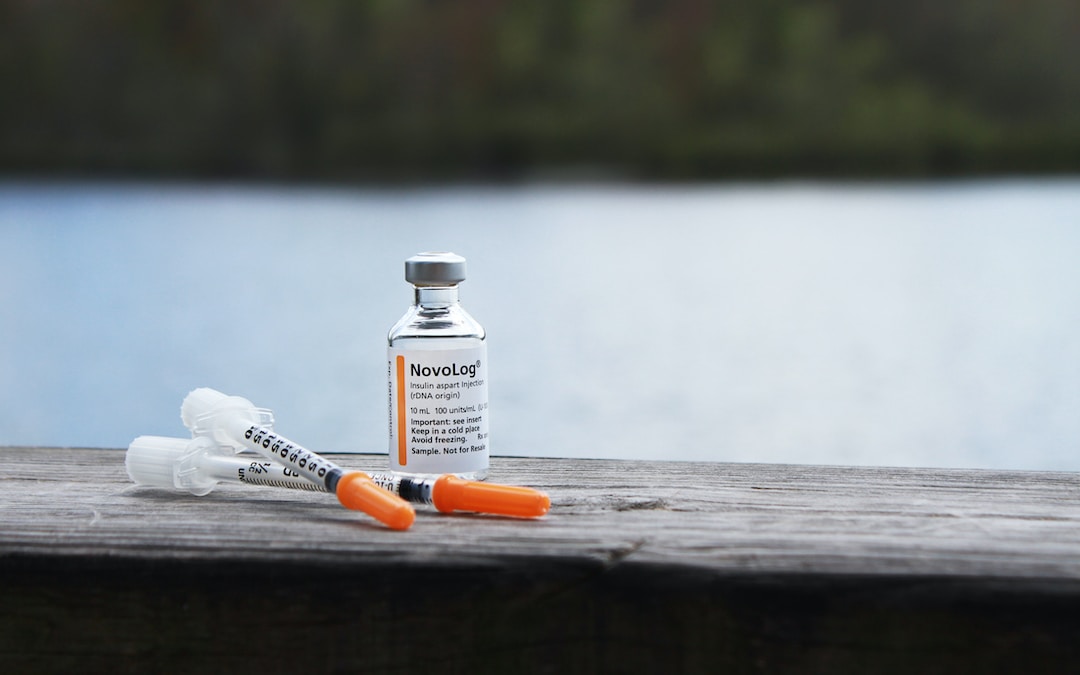 I like to think of insulin as the key that fits the lock on the outside of the cells and opens the door to let the sugar inside.

The picture below might help you understand the function of insulin in a person without diabetes. Notice that each sugar molecule (cube) is paired up with an insulin molecule (key).

If you have type 2 diabetes, you most likely have insulin resistance.  This means that your cells won't let insulin do its job — they won't let insulin open the lock and let sugar cross the border to the inside of the cells.  I like to think of the locks on the cells of an insulin-resistant person as “rusty”.   When your cells become insulin resistant, your pancreas starts making lots and lots of insulin.  If a pancreas could hope, it would be hoping that one of the keys it makes will fit in the rusty lock, and sometimes that happens.

This is an illustration of the function of insulin in a person with type 2 diabetes.  Notice that there is a lot more insulin floating around, and there is also a lot more sugar floating around.  Insulin and sugar aren't getting across the border together because of those “rusty locks” on the cells.

The bottom line about the function of insulin

Insulin is a hormone that helps sugar get into your cells.  Cells need sugar because they use it for energy.  When everything is working correctly, any extra sugar or carbohydrate we eat is stored as fat, in case we need it later.  Most people with type 2 diabetes have plenty of insulin, but their cells are resistant to it.

Since we've reviewed the function of insulin in type 2 diabetes, let's talk about the fear of insulin. So many people are afraid of insulin, and they usually fall into one of these categories:

So, let's address these fears about insulin one by one:

If you're afraid of needles, I hear you.  When I was 5, my parents lied to me about going for kindergarten shots because they knew what a giant fit I would pitch.  I remember pitching it, too.  When the nurse was finished, she tried to give me a coupon for McDonald's french fries, and I said, “I don't want your french fries!”.  I was generally a sweet, well-behaved kid, but not when it came to shots!  My mom still talks about how embarrassed she was that day.

When I became a diabetes educator, I had no experience with injections, other than getting those vaccines as a child.  I had to learn to teach people to inject insulin.  The best way to do that was to inject myself with saline (which has no effect on blood sugar or anything else).

The first time I did it, I felt mildly nauseous and sweaty.  I really, really, really didn't want to stick that needle in my skin.  I let the needle hover over my abdomen for a long time before I finally took the plunge.  When I finally injected myself, I felt…nothing.  As it turns out, insulin needles are so thin, most people don't feel a thing when they inject themselves.  So, if you're needle-phobic like me, relax.  I promise, if you do need insulin, it's not as bad as you think.

If you think one of the functions of insulin is to make you fat, you're right…sort of. Insulin's job is to help your body store sugar as fuel. If you haven't had enough insulin on board for a while, your sugar (glucose) has been leaving your body without being stored…it's been literally going right down the drain in your urine. So, when you do get enough insulin in your body, and it matches up with the amount of glucose in your bloodstream, some of that glucose gets stored as fat instead of getting lost in the urine. That's normal, and it may also result in weight gain.

Fear of taking too much insulin

Fear of insulin overdose is a legitimate concern.  To combat this fear, work with your healthcare team to start small and work up to the insulin dose that's right for you.  You don't have to get perfect blood sugars today, you just need to be making progress.  Frequent blood sugar checks will also help you to determine whether your insulin dose is appropriate.  Lastly, know how to manage low blood sugar if it happens.

Let's be clear:  taking insulin does NOT mean you've failed at taking care of type 2 diabetes.  Insulin is just one more tool that can be used to manage blood sugars.  There's no shame in it.  If your A1c is above 7 and it's not well-controlled using two different diabetes medications, starting insulin is a reasonable choice.  What's not reasonable?  Letting your blood sugar run out of control because you're afraid of insulin.

This post is part of a series, Tame Type 2 Diabetes in 30 Days. Click here to go to Day 1.

Photo by Mykenzie Johnson on Unsplash